It is amazing that we are 146 days into Brenda’s diagnosis. We have been so blessed by the love and support of our family, friends and our church and the Arrow Leadership network.

Brenda is doing remarkably well all things considered. I wanted you to see for yourself so here are two video clips. The first is a message that she recorded for a series of Arrow events across the country that had she been well she would have probably attended with Dr. Steve Brown and our friend Ken Shigematsu who was speaking about rhythm based on his best-selling book “God in My Everything: How an Ancient Rhythm Helps Busy People Enjoy God.” It was recorded one week after her diagnosis.

She recorded it to greet hundreds of Arrow leaders whom she has known personally over many years.

Brenda has only been able to attend church once with me since January – and that was on Resurrection Sunday. While I was in the midst of talking to our congregation. Safe to say I was not at the top of my game as it was an emotional day for me.

My colleague, and Senior Minister, Darrell Johnson sidled up beside me – and you can watch what happened. He pointed out to the church that Brenda was present and invited her up onto the platform with me. She spoke for just a few moments – and it was powerful. We have felt such love from this congregation in the heart of this great city.

Brenda’s writing about her journey has captured the attention of thousands and touched many hearts. I have been collecting all of her entries and we are praying about publishing it in a book form for others who face (what the medical community call) terminal illness. What is interesting is the amount of peace we feel when we take just one day at a time. 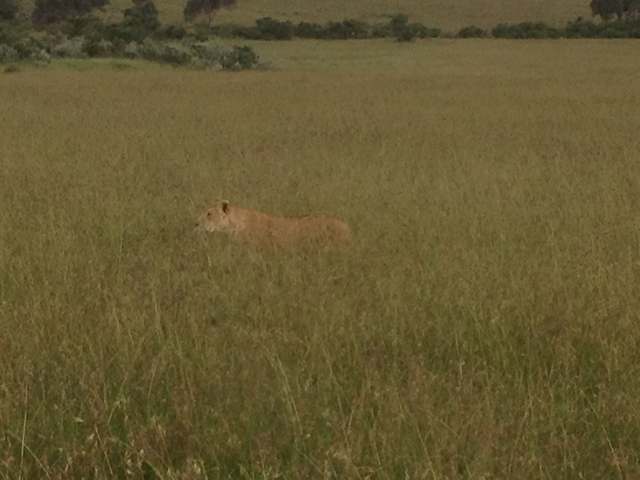 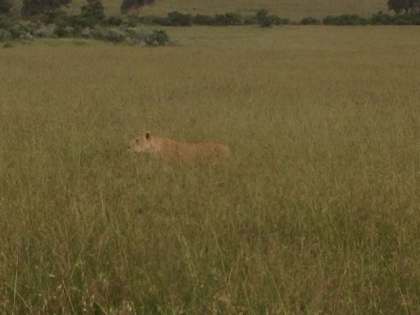 A highlight memory in my life was recently watching a pride of lions hunt in Kenya on the Serengeti plains. Here are some leadership points I took away from the experience.

Leaders are hard to find

The pride was carefully concealed in the grass. Although these lions are large creatures, they usually kept their heads beneath the level of the tall grass. You had to look very carefully and get up closer to really notice what was taking place.

Lion Insight: This is true of leaders. You need to get close enough to them to really see their leadership at work.

One of the pride raised her head high above the grass and spotted a single Hartebeest on the horizon more than a kilometer away. Once identified, she never took her eyes off the prey and somehow signaled to the entire pride to do the same. 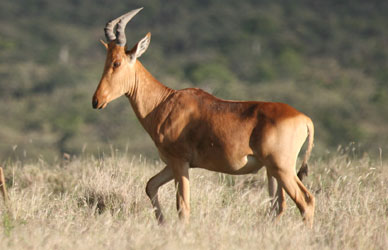 Lion Insight: Leaders are the ones who can look out to the horizon and determine where the entire group should be headed. They also have a way of communicating this so all eyes are on the goal.

Spread out and gain perspective

With a military like precision, the pride began to spread out across the plain, each one staring intently at the goal. By doing so they were increasing their ability to judge the direction and potential action of the prey. It also positioned them in such a way that no matter what took place, some member of the pride may be in a place to have success. This was a team effort.

Lion Insight: Leaders are always helped by getting more perspective on a situation. Allowing your team to be among your feedback group gives an even greater potential of achieving your goals.

The pride began to move toward their goal slowly, quietly with stealth. They were not in a rush, as they knew that would be futile when they have to cover so much territory to get close to achieving their goal.

Lion Insight: Leaders need to have the discipline to patiently work towards their goals. One step at a time will get you there. If you rush, you may loose entirely.

We were in a four-wheel drive right amidst the pride, in fact they walked around us while hunting without even giving an acknowledgement of our presence. 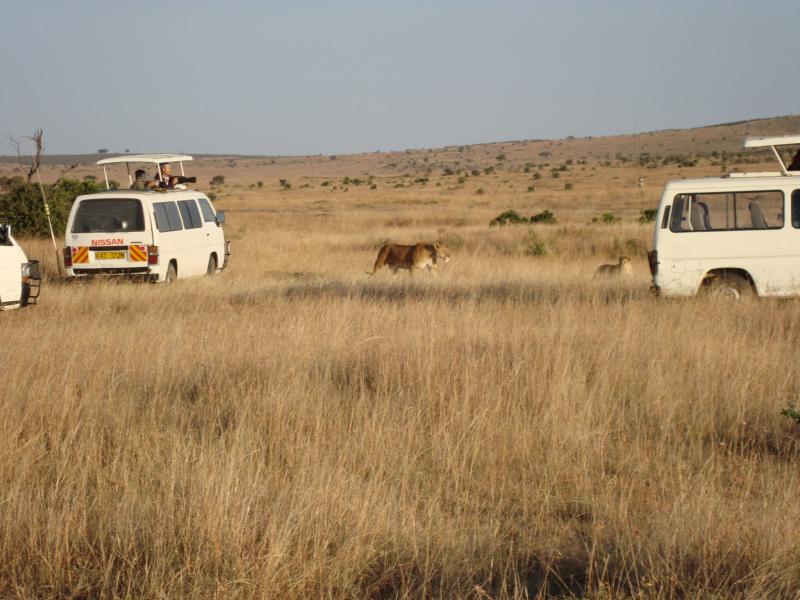 Lion Insight: There are so many things that can capture a leaders attention, but if we are going to reach the goal we must learn to ignore distractions and keep moving forward.

Outside influences can affect the plan

As the pride were moving towards the Hartebeest another Land Cruiser came across the plain towards the lions so that their customers could catch a glimpse of one of the Big Five. In doing so, he attracted the attention of the Hartebeest who then quickly took off in the opposite direction foiling the hunt.

Lion Insight: There will always be the outside influences that can impact your plans. Leaders need to realize this and get over it quickly.

Be quick to regroup

Lion Insight: Leaders should be quick to call the team together again when there is a need to regroup and set a new goal.

We have an example

There is another lion from whom we can glean leadership principles. Revelation 5:5 refers the Lion of Judah, one of the names ascribed to Jesus.

Lion Insight: Following the Lion of Judah can be a guide for life providing leadership insight and life in all its fullness.

PS – I might add one more to this list and that is that it was the women doing all the work! 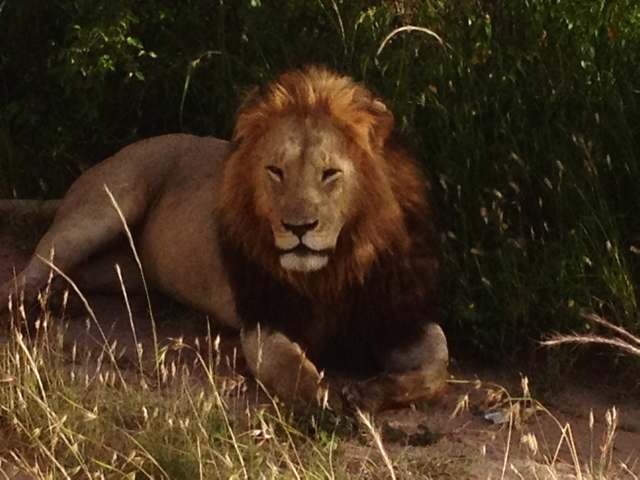 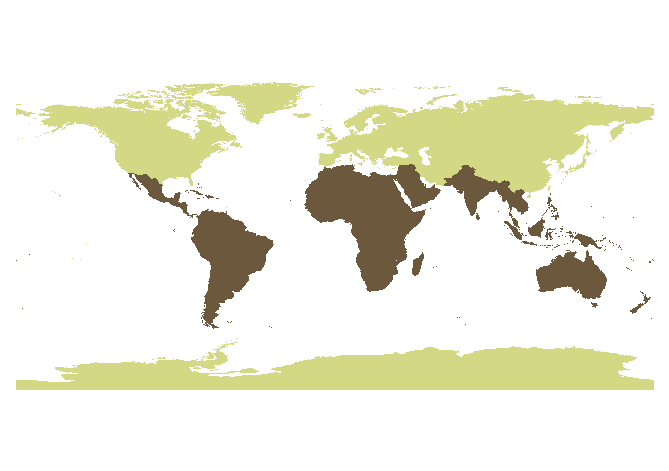 Into the Global South 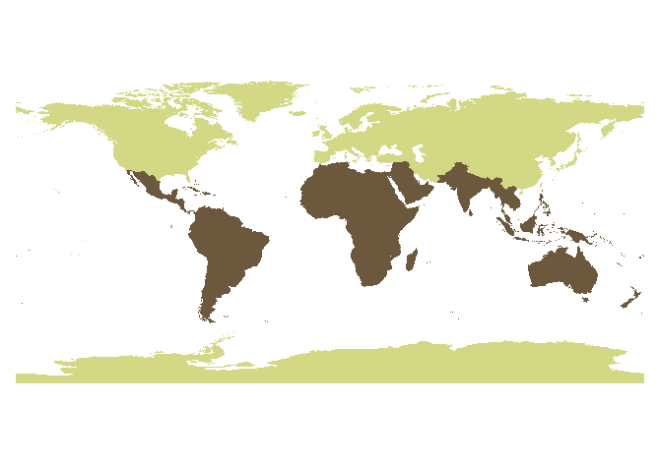 On May 1, 2012 I am embarking on a journey around the world in the global south. I am travelling with my long time friend Bob Kuhn. Our friendship, together with David Bentall, is featured in the book The Company You Keep and those who have read this may not be surprised that two men in their fifties are even thinking about an itinerary like this.

Pastors, ministry leaders and Christians serving with government or in the marketplace will be interviewed and we will tell their stories. We will find them in the center of some of the world’s largest cities and in remote villages where people struggle to live daily due to the effects of complexity of poverty. As well as writing a new book about our adventure I will be sending short video reports to MyVu that will be featured by Crossroads Communication across Canada and available online. The congregation at First Baptist Vancouver will be following me around the globe through video messages I will be sending back for each of the Sundays I am away.

Our second objective is related to Bob.  He was diagnosed with Parkinson’s disease over six years ago.serving as an ambassador for World Parkinson Congress 2013 to be held in Montréal.  This world-renowned event drawing 3 – 4000 of the best researchers, clinicians and leadership in the Parkinson’s community from around the world. We will be meeting with leaders of this specific community, inviting them to come to Canada to participate in WPC 2013. Bob is a blogger and will be sharing our journey on Positively Parkinson’s along the way. 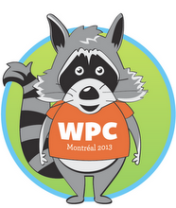 The third objective is to deepen our friendship together and have fun being surprised by the works of God through the people we meet.

Not for the faint of heart: Our itinerary

What would you ask?

If I could take you with me, what questions would you ask of leaders in the global south?

What would you like me to find out on this journalistic journey? 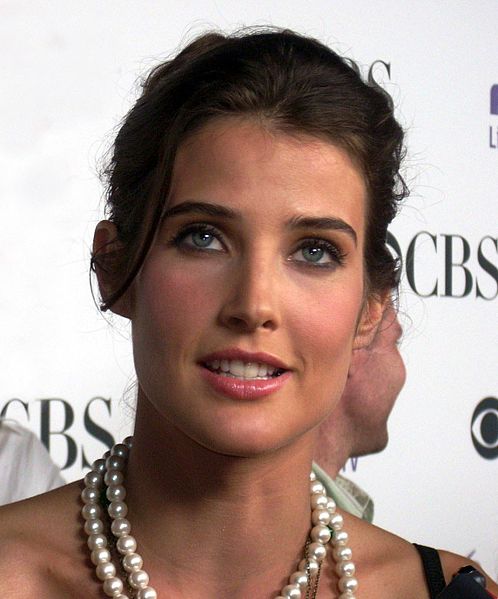 The TV sitcom “How I Met Your Mother” has popularized the use of the word “Doppelgänger” as a term to describe finding a ‘double,’ an erie but awesome look alike. It is a word that causes you to use both lips and tongue to say it aloud and makes you want to smile just saying it. The TV sitcom uses it to describe finding a look alike of their friends such as Vancouver actress Cobie Smulders who plays television reporter Robin Scherbatsky, also a Canadian. Take for example Cobie Smulder (Robin), Kirstie – my son’s girlfriend, and Meghan Fox. Given the right hairstyle and pose – very similar. 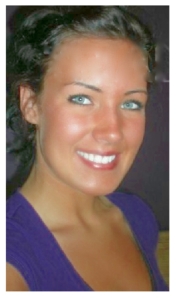 In my travels I frequently come across strangers who look like someone I know. Over the years have used these occurences as a prompt to pray for my friends. Now I have  name for it. I have recently expanded my travel game to include taking a photo of the doppelgänger and then sending it to my friend with the location of where I am at the time and a note to say that I paused to pray for them.

Recently I noticed a fellow in the balcony of a church in New York that looked like my friend David – and I paused to pray for him.

In an airport I saw a fellow that reminded me of my friend Eli Hernadez so I also offered up a prayer for him. (Interestingly I received a Blackberry message from him just minutes later.)

This little reminder to pray has increased my intercession for others – and it is fun. Try it.

I knocked on the door then opened it announcing my arrival with “Hello” with the ‘..lo’ drawn out and sounding musical.

“Gampa.Gampa” came squeals of delight accompanied by the sound of feet running towards me. My two ‘walking’ grandsons, Landon (3) and Liam (1) rushed towards me. Landon imitating the moves of a hockey player with his socks sliding on the wood floor and Liam walking carefully – trying not to smile so broadly that his soother would fall out – with his arms upheld . This is the universal sign language for ‘pick me up and hug me Grandpa’.

Simply the sound of my voice was enough recognition for us to embrace in this little love-fest at the door.

Don’t we love being recognized by those who love us?

Recognized By Your Love

“By this all will know that you are My disciples, if you have love for one another.” —John 13:35

This was the test Jesus said would distinguish his followers. We would be recognized by our love for one another. The Bible gets more specific on the ‘love’ we are to show.  To present or show this ‘love’ succinctly we are instructed  “You shall love your neighbor as yourself.”

Howard Lawrence and I had a chance to hang out together in Phoenix and I enjoyed discussing neighborhoods. He is an Arrow leader who directs the Neighbourhood Life emphasis of Forge particularly attending to what God is up to in our neighborhoods.

Who is your neighbor?

The word comes to us from an old english term, nēahgebūr – from nēah [nigh, near] + gebūr [inhabitant]. There is no way of dodging the fact that if you are a follower of Jesus you should be known by your love, and we must be engaged in loving those who live near you.

In our developing of leaders in the Arrow Leadership Program we remind them of this need for recognition by love, and add that our ‘first neighbor’ is actually your family – spouse and children, parents, siblings, nieces, nephews – and of course grandchildren.

Howard and I reflected on how the actions and expectations of ‘the church’ frequently mitigate against our doing just that.  It has left me reflecting on how Arrow might encourage Christian leaders to engage their personal communities and empower those they influence to do the same. A key to this being successful is that those who engage their neighbors are spiritually formed by Christ – mature and transparent enough to handle the love.

What do you think? I’d like reading your thoughts.

Would your neighbors say that you are a doppelgänger for Jesus?