How fast can a leader walk 60 feet?

Professor Richard Wiseman has spent his life investigating studies mainstream research scientists avoid. For example he was poking around the observation that the pace of life is much quicker today than it was in the past. So he decided to measure the average time taken to walk 60 feet in major cities around the world. He was inspired by a study carried out in the early 1990s that showed our walking speed to be a reliable measure of the pace of life in a city, and that people in fast-moving cities are less likely to help others and have higher rates of coronary heart disease.

His findings of the fastest cities included Singapore in the number one spot, seven ahead of New York #8. I was surprised in some ways to see Dublin in the #5 position. Canada’s capital city Ottawa was #20 and the majority of the bottom ten were cities in the Middle East.

The majority of highly positioned Christian leaders are functioning like they are injecting nitro and it is taking it’s toll. (Oh wait, that’s coffee.)

Undeniably the pace of life is increasing in North America among Christian leaders. Why? Here is my list:

Leaders should be concerned about the impact of a fast paced life. I admit, I like the rush of the city and the in and out travel schedule – but I have learned, it does take a toll.

The incidence of medical problems is on the rise among Christian leaders. The continuous struggle to meet deadlines, the need to continuously update themselves about the latest changes in their ‘field’ and the swiftness required to accomplish a task makes leaders stressed. The stress in turn lowers our immunity and makes us vulnerable to a large number of health problems. These can be simple skin problems such as a rash or other complicated medical problems such as hypertension, diabetes, heart problems and even nervous breakdown.

The fast pace of life causes a large number of family problems. Leaders are so busy in fulfilling their job requirements that they have very little time to spend with family. As a result the family structure is being shattered. Those who are married are getting divorced while those who are single have no time for meaningful relationships that might lead to the love. Leaders who are parents are prone to ignoring their children and as a result children are becoming distant from their parents and have little affiliation with their faith beliefs or interests.

Having just returned from my “selah,” – an intentional pause from a pretty hectic schedule – I realize how many leaders, like myself, need to slow down. The problems of the face paced life out weigh the meager benefits.

Lunched with John McAuley today and he spoke of Psalm 23:2 “He makes me lie down in green pastures.” If we as leaders don’t do something about our pace – God may cause us to lie down. Both John and I have experienced this. 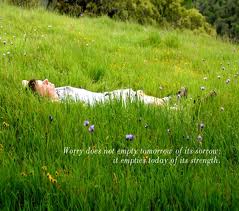 So what should our response be? Without over simplifying, we are to turn to Jesus. Christian leaders need to remember that Jesus promised us “rest” if we come to Him – not an endless list of expectations. For each of my five reasons above – leaders can be mentored and learn how to truly lead through challenges but it is highly personalized for each man and woman.

Work hard by all means, but make sure the pace is sustainable.