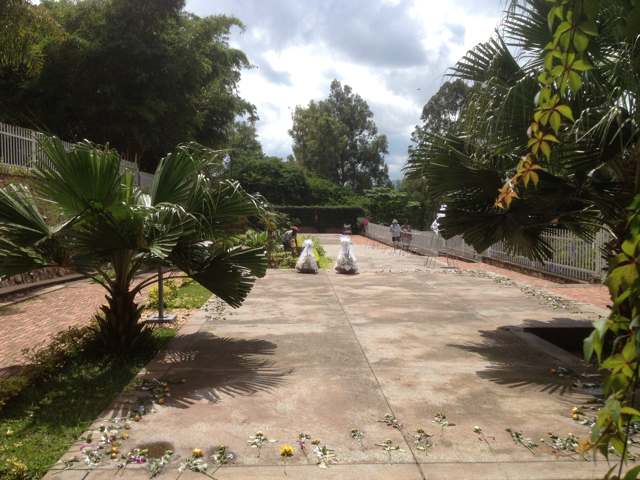 Today we made the rather obligatory visit to a Rwandan genocide memorial. We wanted to go. I believe  it is absolutely necessary in order to provide context and the backdrop to realities of life in Rwanda today.

It was a Polish lawyer who first coined the word genocide in 1943 from the Greek ‘geno’ (family, tribe or race) and the Latin ‘cide’ (killing).

If you have been to Auschwitz or one of the several concentration camps in Europe you would know what to expect. What I was not prepared for was realizing how similar the pattern of genocide was between Germany and Rwanda. There is no question that in Rwanda it was not a riot gone bad but rather a highly planned an orchestrated intent to destroy a group of people by killing, causing serious bodily or mental harm, and deliberately imposing conditions where life was impossible.

In 1994, twenty percent of Rwanda’s population were murdered leaving tens of thousands of children as orphans, between 250,000 and 500,000 women raped, and many men and women maimed for life with missing limbs, eyes and fingers.

As I looked over a mass grave where 259,000 Rwandan’s are buried I was caught up in my mind with the theological doctrine that derives from the Augustinian concept of original sin. Simply stated it is a doctrine that asserts we as people are by our very nature hard wired to reject the love and rule of God in our lives. It is illustrated by a glass a wine with a few drops of poison in it. Even though it could be a glass of very good wine, the few drops poison all of it. So while not all of our nature as a human is depraved; our nature is totally affected by depravity.

There were good people, neighbors, and friends who suddenly over a very short period of time became killers and it has left behind a generation of damaged people in a nation trying to rebuild itself.

Just two hours after reflecting on the Memorial I was escorted to the Kigali Institute of Science and Technology to speak to a classroom of students – mostly engineering students. It is a significant university here that was started with the determination to encourage the zeal for modern technology and science among the Rwandan youth so that they would be able to compete with students from other parts of the world.

Most students in the room would have been between one and five years of age when the genocide of 1994 took place here. Some of these young adults were raised by others – their own family dead. Everyone in the room knew of family or friends who lost their lives in 1994 under the planning of the group called Akazu.

Yet what I experienced with the students was a hope for the future of Rwanda. They desire to be educated and a part of the future in this aesthetically beautiful land. They are Rwandans and no reference is made in this country now of tribal differences. Do they still exist? I suspect so, but the people are trying to focus on the future more than the past.

I am now back on the campus of the Wellspring Academy feeling convinced of their focus on improving education. They are not only developing top-notch schools and using these as models for the government, but they are also building up the caliber and capacity of teachers who are the heart and soul of an education system. Their laser like focus is a key to their success, and evidenced by the sense of God’s favor they have here in Kigali.

Bob and I are doing a day of leader development tomorrow, pouring into the team here at the campus to encourage and equip. Wellspring was birthed right in our neighbourhood back home, so I guess we are just trying to be good neighbors.