The alarm went off at 4am and it was pitch black with a full moon illuminating the town of Aquas Caliente. We packed, showered and surprised the hotel staff by coming downstairs before five.

Why? Well Bob thought it would be fantastic for us to be at the top of the mountain at the Inca ruins of Machu Picchu to see the sunrise. I was all in for that. The photos we took will allow us to remember this day forever. 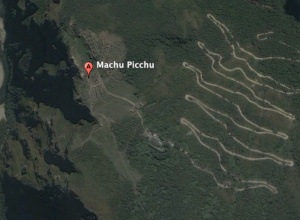 The bus ride up in the dark over the switchbacks was probably terrifying at points but we used the 30 minutes to nap. By the time we arrived at the entrance it was beginning to lighten up allowing us to get in position and watch the sunrise and particularly on the Temple Del Sol. As I looked over this ancient city located on a mountaintop in the midst of a tropical jungle I was filled with thoughts about the intricate construction how they did this and why?

The facts behind Machu Picchu are not forthcoming because of the lack of any written language records. We do know this…

When the Spanish came to the shores of Peru in the fifteenth century, the Incans welcomed them openly and thought they were fair-skinned Gods. They gave the Spaniards gold of which they had plenty and were excellent craftsmen with. The Spanish explores took their treasure back to Europe and then returned for more, this time with an army. The kidnapped the Incan King and held him for ransom. The tribe brought them more and more gold and even when their boats were filled, they Spaniards killed the Incan king anyway and left behind their diseases and the start of years of occupation that led to the end of an empire.

I love cities and I was quite caught up by this ancient urban marvel. Covering 32,500 ha. It was the last stand for the Inca Empire and as such is recognized as a World Heritage Site. You can see four distinct parts of the city: agriculture, religious, royal and the work section of this ancient planned city. I noticed that there was no entertainment section, something my city has plenty of – perhaps that replaces the religious sector. 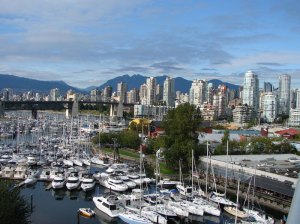 This made me think of the ‘parish’ around our church and the various sections of the downtown. I am so pleased that we are a church located right in the heart of downtown.

Grocery stores, community gardens and rooftop terraces replace agriculture in our downtown. Religious expressions are not readily visible although there are many new church plants happening in the downtown core of Vancouver it would not approach a quarter of our cities design.  The Royal part of downtown is perhaps our courthouse and city hall. The industry section is just down the street from us where men and women labor to earn enough to live in our beautiful city.

Insight: Machu Picchu was designed to encourage community while there are few places in our downtown that foster communities.  I am so encouraged by our emphasis on building community but this must extend beyond our walls and into the lives of those in our city. I also envision designing more community spaces in our new development in the future.